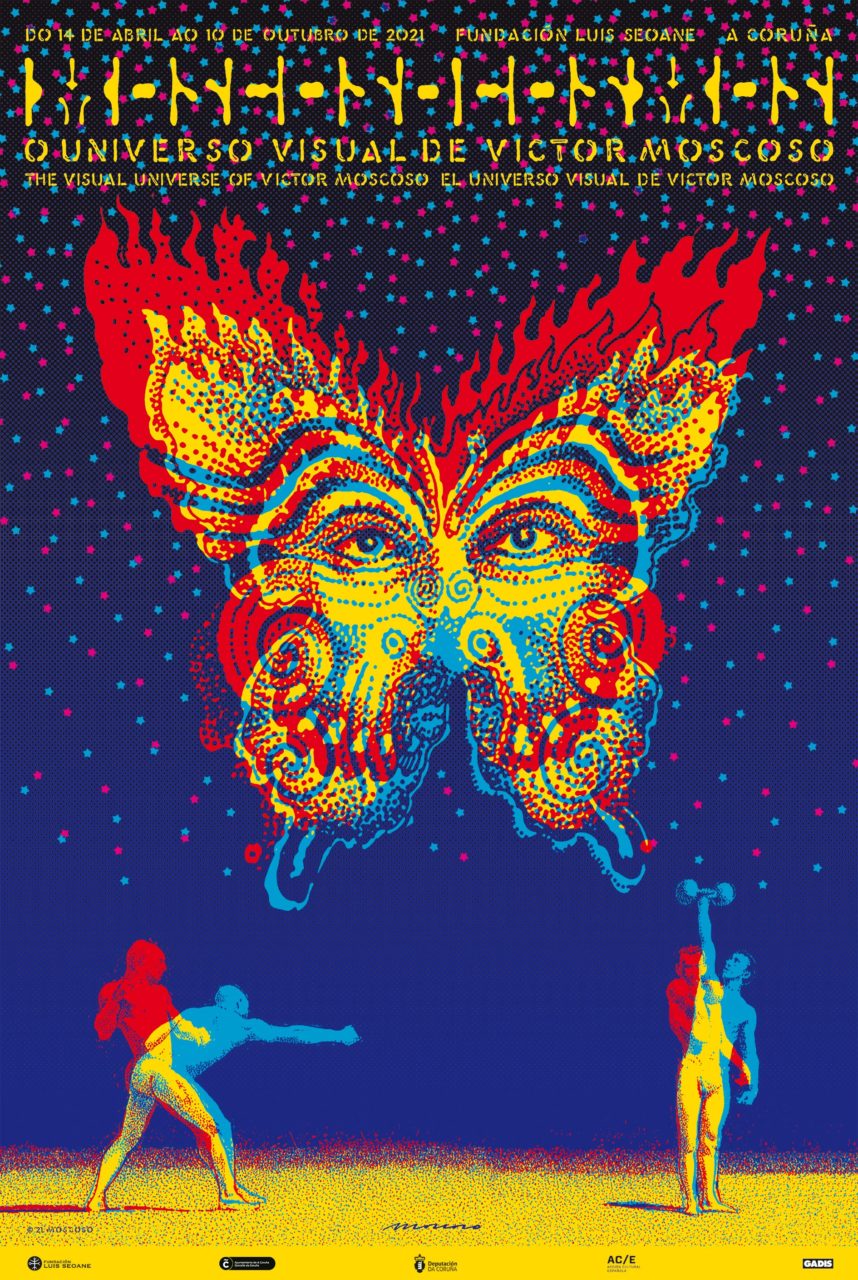 Moscoso Cosmos: The Visual Universe of Victor Moscoso gathers a large selection of the work of one of the most original and influential graphic designers of the 20th century. This exhibition brings together the renowned series of psychedelic rock posters that he created over eight months in 1966 and 1967, and fourteen issues of the underground magazine Zap Comix. Posters, album covers, comics, illustrations for books and magazines, animations and biographical photographs complete a journey marked by iconic pictures of the second half of the 20th century.